← more from
MoonJune Records
Get fresh music recommendations delivered to your inbox every Friday. 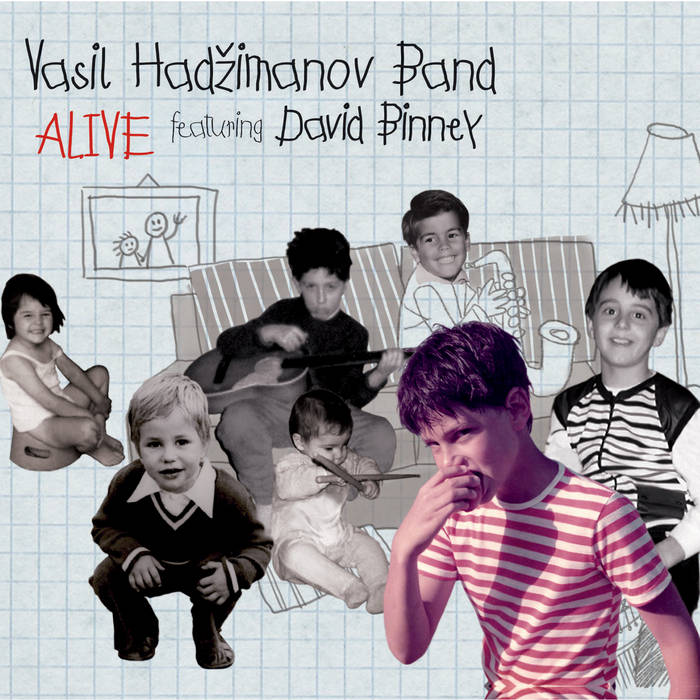 In keeping with the label's time-honored tradition of shining a spotlight on newly-discovered artists whose immense musical talents challenge convention and defy categorization, MoonJune Records is pleased to offer the musical stylings of Serbian keyboardist, pianist and composer. Although hardly a household name outside Europe, Vasil has performed with a number of elite, renowned musicians (David Gilmore, Antonio Sanchez, Matt Garrison, David Binney, Nigel Kennedy and rock stars of the former Yugoslavia, Dado Topic and Vlatko Stefanovski, and his parents, the famous Macedonian pop and folk singer Zafir Hadzimanov and celebrated Croatian singer Senka Veletanlic). Vasil is a graduate of the prestigious Berklee College of Music, in Boston.

"Alive" documents Vasil and his band in peak creative form, in front of an enthusiastic, most appreciative audience. The music is fresh and truly "Alive! -- unpredictable and unpretentious, at times, hypnotic, at times pushing the envelope and flattening boundaries. This is bold, adventurous music which pays homage to a variety of styles and influences – jazz, ethno-fusion, progressive rock –, while remaining free, spry and elusive in its own right.

This, their international record debut, is actually the band's sixth album. Since first forming more than 15 years ago, the Vasil Hadzimanov Band has performed hundreds of shows and been well received in numerous jazz festivals covering Europe, Eastern Europe and the Japan. This mesmerizing performance -- recorded in Belgrade, in 2014 and features as a special guest the well known American saxophonist David Binney – serves notice of yet another powerhouse of a musical treasure that MoonJune's Leonardo Pavkovic is proud to present; proving, yet again, that music which is truly "progressive" is not bound by convention or tradition, but is art which seeks out its own form and travels uncharted paths.

Bandcamp Daily  your guide to the world of Bandcamp

Kari Faux drops off her deluxe album 'Lowkey Superstar' plus tunes by Shunaji and Samplelov.